Be it divorce, custody or support, once a court order is put in place, any violation of that court order can be considered contempt. For example, if a custody order provides that the parents are to exchange custody every Wednesday and the exchange never occurs to the fault of one party, the faulting party is in contempt. The consequences of being held in contempt can vary. 23 Pa. C.S. 5323 (g) regarding contempt of custody provides for any one of the following as punishment: imprisonment for a period not to exceed six months, a fine not to exceed $500, probation for a period not to exceed six months; and/or counsel fees and costs. In practice, based on the severity of the case, the Judge may just give a verbal warning or may suspend custody until the court order is complied with.

Contempt of a support order occurs when a party fails to keep up with their support hearing. At a support contempt hearing, the non-compliant party will have an opportunity to explain why they are not current with their support. In the event they are unemployed, the court may inquire into why they are not working, their physical ability or inability to work, and what attempts to find employment have been made. There may be contempt of an order in a divorce matter both while the divorce is still pending and after the divorce. For example, if one party succeeds in getting exclusive possession of the home during the divorce and the other party attempts to re-enter the home, there is a basis for contempt. Post-divorce contempt usually involves one party failing to follow through with their obligations under a settlement agreement or divorce judgment. 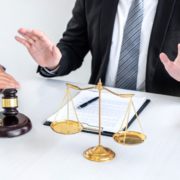 What is a Master in Divorce?

What If Your Ex Hid Money During the Divorce?

Protection From AbusePaternity in Family Law
Scroll to top