Pensions are subject to division in a divorce to the extent one of the parties earned the pension benefit during the marriage. The court will equitably divide the marital portion of a pension plan after considering all the relevant factors in equitable distribution. The marital portion of a plan would be the portion that accrued from the date of marriage through the date of separation. An entire pension will be marital if the parties were married the entire time a party earned benefits under the pension. In other cases, a coverture fraction is applied based on the total years of service compared to the number of years of marriage. Pensions are often a deferred distribution asset meaning that each party will receive their share at retirement age of the participant. There is the option to do an immediate offset of the marital portion of the pension if there are other assets of comparable value. 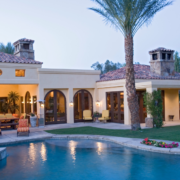 High-End Assets and Your Divorce: Who Gets What?

Divorce and Your Retirement

Pensions in a Divorce