The custody laws in Pennsylvania were recently revamped with a new set of statutes regarding custody coming into effect in 2011. Any custody award is still to be based on the best interests of the child. Section 5328 of the new law lays out 15 factors to be considered when awarding custody in addition to any relevant factor.

The enumerated factors include:

(1) Which party is more likely to encourage and permit frequent and continuing contact between the child and another party.

(2) The present and past abuse committed by a party or member of the party’s household, whether there is a continued risk of harm to the child or an abused party and which party can better provide adequate physical safeguards and supervision of the child.

(3) The parental duties performed by each party on behalf of the child.

(4) The need for stability and continuity in the child’s education, family life and community life.

(5) The availability of extended family.

(7) The well-reasoned preference of the child, based on the child’s maturity and judgment.

(8) The attempts of a parent to turn the child against the other parent, except in cases of domestic violence where reasonable safety measures are necessary to protect the child from harm.

(9) Which party is more likely to maintain a loving, stable, consistent and nurturing relationship with the child adequate for the child’s emotional needs.

(10) Which party is more likely to attend to the daily physical, emotional, developmental, educational and special needs of the child.

(11) The proximity of the residences of the parties.

(12) Each party’s availability to care for the child or ability to make appropriate child-care arrangements.

(14) The history of drug or alcohol abuse of a party or member of a party’s household.

(15) The mental and physical condition of a party or member of a party’s household.

Section 5323 provides that the court must detail the reasons for its decision either on the record in open court or in a written opinion. Therefore, the court must go through each factor that it considered and explain why it decided as it did. So far, the Superior Court has been strict in upholding this requirement. In J.R.M. v. J.E.A., the court awarded primary custody to the mother and father appealed on the basis that the trial court did not consider the 16 factors listed in Section 5328. 2011 Pa Super 263 (2011). The Superior Court granted the appeal, finding that the trial court did not properly consider the factors listed in the statute. Accordingly, all parties in a custody action should be prepared to argue on all of the relevant factors and also ensure that the court addresses all relevant factors in their decision. 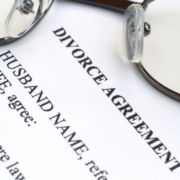 Plan for Emergencies in Your Post-Divorce Life

Five Mistakes to Avoid in a Child Custody Case